How To Train Hunting Your German Shorthaired Pointer

GSP is a versatile hunting dog and gundog. The best gundogs are those that are intelligent, obedient and even reading their master’s mind. To have such a hunting companion is a dream-to-come-true for every hunter. And we are here with some tips on how to raise such a dog.

Pointing Birds. Where We Begin

As a matter of fact, hunting is not an easy thing. It is a complicated process, where a hunter and his gun dog should work together. The better is the cooperation – the more successful is hunting. But having a thrill and good nose is not enough for a good gun dog. Before you begin hunting training, there are two basics to install: obedience and steadiness.

The “Whoa” command or simply “Stay” is the basic for obedience training. We advise hunters to retrieve some dead birds or fowl dummies by themselves, making the pup stand still and watch the process. This gives a puppy an idea that he does not have to bring every item. This promotes a dog’s balanced nature. All starts with obedience. A gun dog that does not obey you will never be an appropriate hunting companion and will not make “Woah” command in a proper way.

Steadiness is one of the basic skills for a gun dog. It means that a dog will stand still on a command, even if other dogs are retrieving. The majority of German Shorthaired Pointers is prone to over-excitement. And hunter’s target is not to encourage such behavior, but to implement calmness and steadiness. This is the best hunting strategy when your dog is calm, sturdy and ready to obey.

Obedience is a key issue for any hunting dog, and German Shorthaired Pointer is not an exclusion. He has to come, stay, heel, and fetch on command. The strategy of favor and disappointment, and therefore reward and punishment works best with GSP. This does not imply any rudeness or cruelty toward a dog, no way!  Fear does not lead to cooperation between a hunter and his dog, only respect and generally good attitude work for it.

Success in Training a GSP

The training success depends much not on the dog, but on the master. If you feel a lack of progress, step back and devote some more time to the theory of training methods and techniques. Investigate your pup’s personality, his inclinations and character. Begin with basic commands, and increase the complexity level gradually.

There are a lot of training devices developed to help hunting training. They are Dummies, Pheasant Wings, Dead Fowl Pheasants, Duck Training Dummies, Bird Dog Training Scent, Bird Launcher Systems, Training and Tracking E-Collars. But you have to remember, they all are only training aids. Before using them you have to understand how to train a gun dog first. If you have no experience, better to refer to a trainer to teach, to begin with someone experienced, or to acquire the knowledge from training courses online, paper or DVD.  Training devices help to develop necessary hunting skills. In real hunting a master relies on hunting GSP skills, not on the device.

Let’s have a closer look on all you may need for hunting training.

Today we’re going to give you some instructions how to teach your GSP puppy to point pigeons. There are several steps to be done:

We don’t recommend using flags or ribbons or things like that to mark where your launchers are. You’re working with puppies. And they can get distracted and just run into them without using their noses. They just head straight to the flag instead of searching the field.  So instead of that we recommend physical landmarks. In that way you know where certain clumps of grass are. And that works really well to hide a launcher in. And then you just need to keep in mind where those are.

The launch is pretty quick and really responsive to our remote which is really important for timing.

I want you to keep in mind that if your puppy and your timing aren’t perfect, and your puppy works in on top of the launcher don’t launch that accidentally. Because if you launch right into their face you could startle them or they could have a negative association  with the launchers and the birds, And that’s something we don’t want. So be very attentive to where your launchers are, so that you can help your puppy work downwind and at a crosswind will be really important.

Launch the bird so that the puppy can associate that smell with the bird. If you want him to be more cautious on his next bird, immediately launch that on the first bird. On the next bird just watch how he’s reacting to this first bird. Then you have to boom launch it again.

Again, timing is really important. Paying attention to where the launchers are and where the puppy is really important. As well, so let’s head back up and hit the field. That’s why it’ll be nice to get the puppy on a bird fairly quickly so he understands you’re out here to hunt, you’re out here to find. So now he has a better understanding of “hey I used my nose, I found this bird”.

Then once you see a lot of confidence, the puppy is not startled by the launcher he’s having fun chasing, you can introduce gunfire. 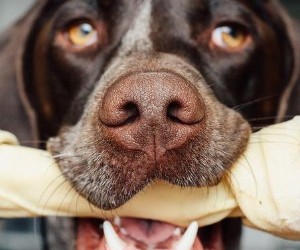 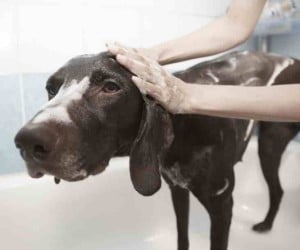 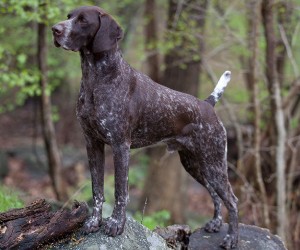