It is believed that the friendship between a dog and a human is based on complete trust and mutual understanding. Ability to feel master’s thoughts and mood, dog’s willingness to carry out every command speaks of the complete harmony in their relationship. Agility is a great way to demonstrate and strengthen this friendship between man and his dog, as well as to keep the dog in great shape and channel its energy in the right direction.

Agility appeared in the 1970s in the UK. On the 10 of February 1977 at the Crufts Dog Show, organized by John Varley and Peter Meanwell, the first dog agility competition was shown. It is believed that the new sport was inspired by the equestrian competition, where Varley was a fan. The enthusiastic response of the audience gave a push for a repeat event a year later, and then agility gradually evolved into a full-fledged dog sport with its own rules and program, whose popularity has spread beyond the United Kingdom and around the world, not excluding the USA.

Agility is a series of competitions which consist of speedy running through an obstacle course. Both the pet who does the exercise and the owner who gestures, speaks and guides their pup, take part in the competition, so it’s a team sport. The sport is based precisely on good human-pet bonding, with high-quality, in-depth training of the dog.

Agility is a very democratic sport, in which dogs of any breed and mixed-breed dogs can participate. It is not necessary to present any documents, confirming pedigree, to participate in competitions. The main requirement for the dog is the ability and willingness to carry out his pet parent’s orders. In addition, the dog should be light, agile and quick to successfully overcome obstacles. Young and mature dogs (with the exception of pregnant dogs) are allowed to compete, but Agility classes are recommended for dogs aged 1 year and up, since their backbones have already been formed and the risk of injury during the course of the exercise is greatly reduced.

While anyone can technically compete, not every dog is good in the sport. Agility is divided into the categories according to dogs’ height at withers. As a rule, there are 3 categories:

In each category, there are the best breeds for agility, featuring the most optimal set of qualities needed. The different categories are never mixed, neither in training nor in competition, as different heights of obstacles are set for them.

In S class Spitzes most often take part, in M – Sheltie, in L – Border Collie. The latter are considered to be the fastest, that’s why many breeders try to breed these dogs of smaller size to participate in S and M classes. The competitions themselves start with the S class firstly followed by the M and then the L, with the height of the obstacles increasing.

The competition course consists of a series of fences arranged in sequence. Rules may set different sizes, angles or other parameters for agility fences. At the same time, their general shape and operating principle remain the same. Depending on the nature of the interaction between the dog and the obstacle, the projectiles for agility are divided into the following varieties.

These agility obstacles involve areas of direct contact with the dog’s body:

To overcome these obstacles, the dog must perform a high jump or a long jump:

This group includes sticks that the dog interacts with in various ways:

Jacker or jackpot. This competition is divided into two periods:

The difficulty is that in the second period the handler must not step over the line which is drawn at a distance of 3-6 m parallel to the obstacle course, thus he has to control the dog at a distance.

Snooker. Designed along the lines of a billiard game, this variation of agility involves overcoming numbered obstacles – three red ones to jump over with the number 1, and six other types numbered 2 through 7. The competition is divided into 2 stages:

Relay. In this competition, 2-3 teams of handlers with dogs pass the obstacle course (each a different section) in succession on the agility floor, passing the baton to each other.

Ahead of the competition, the handler may familiarize himself with the course without the dog in order to memorize the sequence of fences and develop an optimal trajectory. The judge will have a preliminary discussion with the contestants reminding them of the rules of agility and informing them of the control and maximum time. The dog should be untied from the leash and collar beforehand for safety reasons.

The handler may only start the agility race after being commanded to do so by the judge. The dog should only be controlled by voice, eyes and gestures and no one is allowed to touch the dog. There should be no objects in the hands of the owner of the animal.

The aim of agility is not only the speed, but also the correctness of the dog’s passing. Accordingly, penalties are assessed for the dog and handler errors:

You can read Regulations for Agility Trials here.

The judge also has the right to remove the dog and handler from the track for the following reasons:

How to Start Agility Training

Before you can teach your dog agility, you need to teach him the basics of obedience, which means the skills to perform basic commands – “Sit!”, “Down!”, “Stand!”, etc. This will allow you to get to know your dog better and learn to understand his voice commands and gestures. At that point, we can move on to agility training.

Training can take place either at home with tools you buy or make at home, or at dog training schools. The second option is preferable, because your dog gets used to obeying commands, not only in quiet situations but also in the presence of other dogs and people. In addition you have unique opportunity to communicate with like-minded people and adopt their experience. As a rule, amateur classes last for 1-2 times a week and last for 3 or more hours. Price for agility in Moscow in most cases does not exceed 500 rubles for one lesson.

Sessions need to be structured so that they are interesting to your dog. Remember that agility training is not a chore for your dog, but a way for him to have fun, a way to release all his overflowing energy. Keep things varied and make sure there are plenty of breaks in between, as this will keep your dog from getting bored with the exercise and prevent it from becoming boring. Also, try not to annoy your dog and under no circumstances hit him for doing the apparatus wrong. Instead, actively praise and encourage correct behavior and simply ignore anything that goes wrong. This ensures your dog will develop a positive attitude towards training and look forward to it. 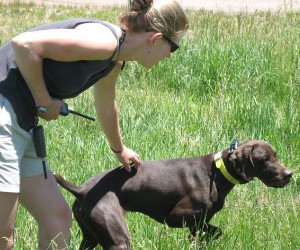 How to Train Your Dog with E-Collar? 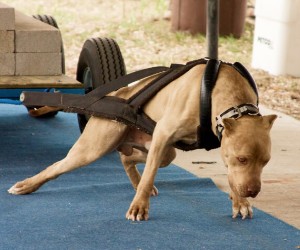 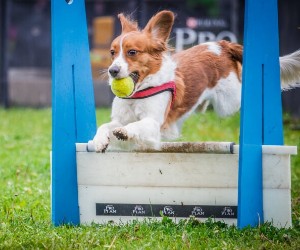 Flyball for Dogs: History. Rules. How to Begin