Lure Coursing, unlike regular speed running, develops agility, intelligence, observation and the ability of pets to make quick decisions in non-standard situations. This dog sport is very close to a real hunt and is useful for dogs because it helps them realize their hunting potential and release their excess energy.

Coursing was originally known as coursing hunting with hounds until it was banned or restricted in most countries in the 20th century. Later Coursing  became a kind of canine sport – field trials with game, simulating the hunt for a wild animal and capturing it. Natural hides about half a meter long are used as a game, as well as artificial materials such as plastic bags or sponges, which are not subject to humidity damage.

The game moves along the set trajectory by means of a special mechanism, the so-called mechanical hare. This is a cord, on one end of which the “game” hangs. It is attached to a reel with an electric motor and is unwound and stretched across the field before the test.

The cord is wound onto rollers mounted on a flat surface – this forms a track with angles of varying degrees of difficulty.

Many people fear that after coursing their pooch will lunge at every rustling bag in the streets or attack and tear apart the owner’s washcloth, but that won’t be the case: your dog clearly distinguishes between “working” hunting and everyday reality.

The biggest fans of chasing the mechanical hare are hound breeds of dogs:

For them, lure coursing is a safe and effective option to realize their hunting potential. However, this sporting activity suits almost all of breeds, including mixed-breeds. The main thing is that exercise should not be contraindicated for the dog for health reasons (like heart deseases etc).

The only exception is for dogs of heavy weight  breeds, especially those with short muzzles (molosses), which are not well suited for such trials. That’s not to say coursing is taboo, however, it’s better to start with supervised solo races.

Rules and Features of Coursing Races

Running after a mechanical hare comes in two types:

Length of one lure coursing trial:

In contrast to races, where first place goes to the pet that finishes first, the winning conditions in the coursing competition are more complicated.

The maximum score for the trial is 100 points, with each of the five criteria scored on a scale of up to 20 points.

If there is more than one judge, the dog’s score can be summed from the scores of all the judges, or an arithmetic average is calculated.

Do not wear harnesses or leashes – they can cause injury to the pet.

At What Age and How to Begin?

According to professional breeders, coursing doesn’t leave a dog uninterested, even if he doesn’t show it during his first training sessions.

Small and medium sized breeds can start coursing at around six months of age, bigger and heavier pups have a fully developed cardiovascular system later and can be trained from around 9 months.

There is no age limit in coursing: no one would ban a dog from running as long as it is healthy and does not have any joint, heart, breathing or other problems. It’s better to start training individually with trainers who will give a load that takes into account the peculiarities of the dogs. 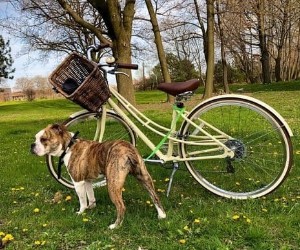 How To Prepare For Bike Rides With Your Dog? 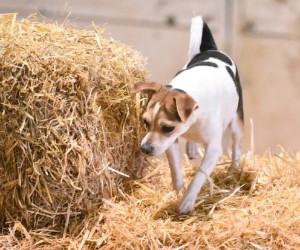 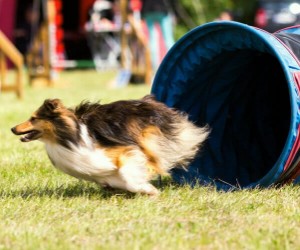